Depth on the fly.

I agree Leiatube conversion seems/is better than Leiaplayer. Would it be possible to add a slider to adjust depth like Leiatube? Love the device btw and hope this the future of displays

If you’re not seeing the slider on the right side of the screen when you’re viewing compatible content in Lightfield View Mode, make sure you update LeiaPlayer to the newest version on your Lume Pad.

Let me know if you have any other questions.

Yeah, I see that. I meant on 2d content (videos) being convert to lightfield as with LeiaTube. I can stream YouTube with on the fly conversion, even live streams, and adjust. The results there are great, however, with 2d content (videos) on LeiaPlayer, no slider or adjustment and gives a halo or ghosting effect. I think if there was a slider adjustment ( like LeiaTube) I could turn down the effect and still have a better experience with the 3d effect.

Thanks for reaching out, hope to hear from you soon.

Your feedback has been heard. As long as it’s technically feasible (and I don’t see why not) I’ll have the LeiaPlayer engineering team put the feature request in the backlog.

Attached are two images, the bottom is of Leiatube playing 2d content from youtube, the top LeiaPlayer playing 2d content with Lightfield turned on. The bottom clearly has a slider function for depth. The above no slider. Leiatube is beta version 0.2.10, LeiaPlayer version 3.3.35259. Both playing 2d video different options on screen. I hope this explains what I am trying to convey. 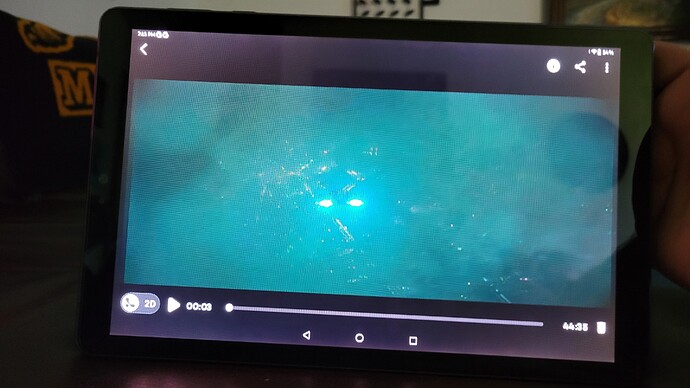 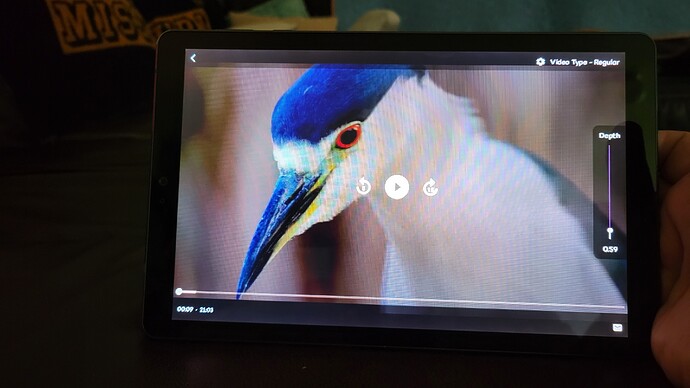 I totally understand, I already told our engineering team about it. To be honest, we’re not really sure why we didn’t have the slider available for 2D converted video in LeiaPlayer already, seems like an oversight on our part. You’re the first person to mention this to us!

Thanks I appreciate your communication with me. I really am impressed with the device and for a bright future with this tech.

i really appreciate that we are able to convert local 2d videos to 3d now. Big thanks to the team. adding the slider to them would be a nice feature. i can also agree the the quality when there is movement particularly side to side ive noticed is not as good as leiatubes conversion, you end up with artifacts and ghosting on the projection. it isnt very sharp or clear, dont know if i am using the right words. Would be cool if that could be addressed and had the same quality conversion as leiatube.

I was curious are the leia apps released on a cycle, like summer update, fall, etc. or just when the team behind whatever app is ready.

Hey @Neo, we usually do have update cycles when an app or product is new. For example, Lume Pad had quarterly firmware updates, LeiaPix had 2 month app updates, etc.

As products age it becomes less frequent as the team begins to work on future products. That said, we do have a software update for Lume Pad coming next week!

I would guess you don’t know for sure, but when do you think LeiaPlayer will catch up with LeiaTube? As in the ability to adjust depth and have a smoother experience.

You’re right, I don’t know for sure. But the team will work on pushing out an update when there’s time.

In a previous conversation, I thought the code to convert 3D on the fly for Leiatube could be easily ported over to the player. Leiatube does an amazing job on old 3d YouTube videos where visually stuff is leaping off the screen. I hope in the not far future that we will have the ability to select which on the fly decoder to use for our local storage playbacks.

I thought the code to convert 3D on the fly for Leiatube could be easily ported over to the player.

I have gone from loving to liking the tablet alot. I see the potential there, but until the player is updated its hard for me to become a Lume pad salesman. I use it primarily for media consumption and with 3d media winding down to a halt coupled with the desire to see what other films or older classics could be, my usage has dwindled. I look forward to an update improving depth quality. Hopefully soon, fingers crossed.